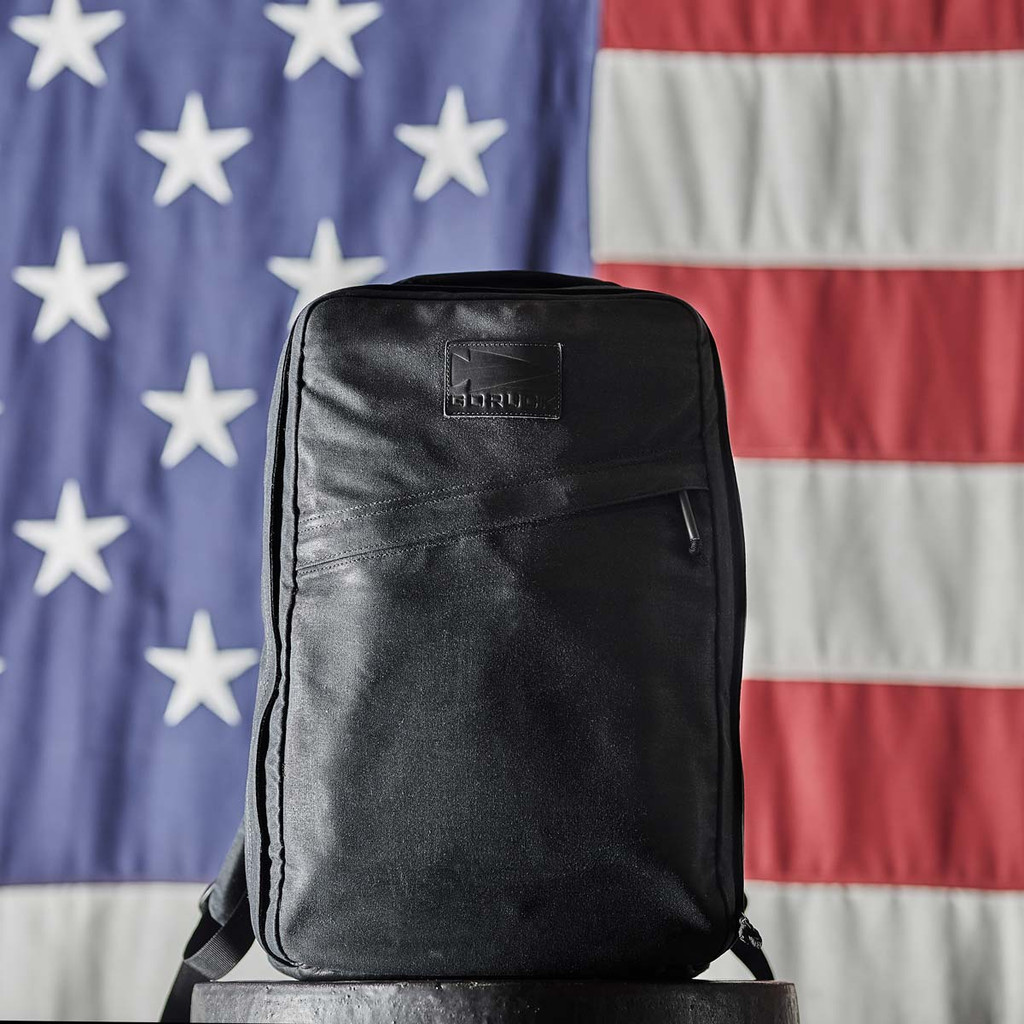 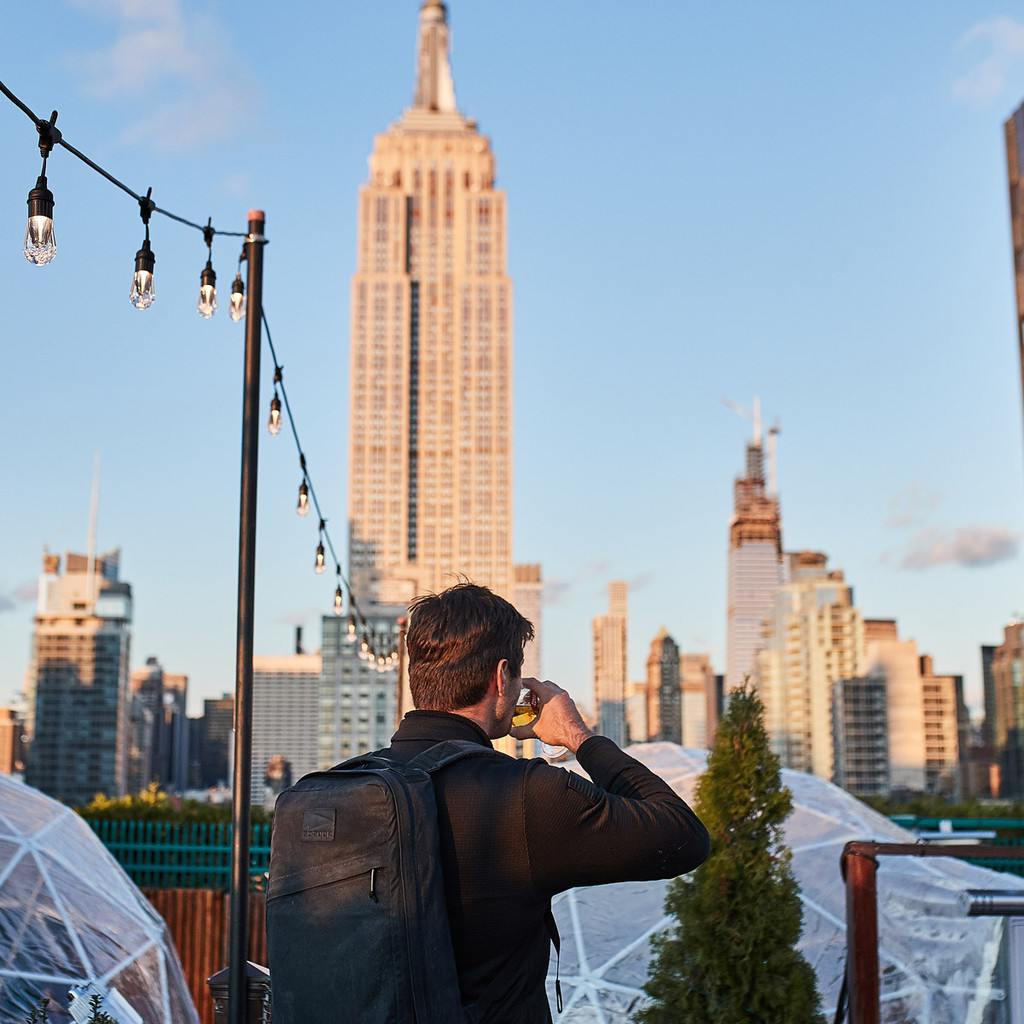 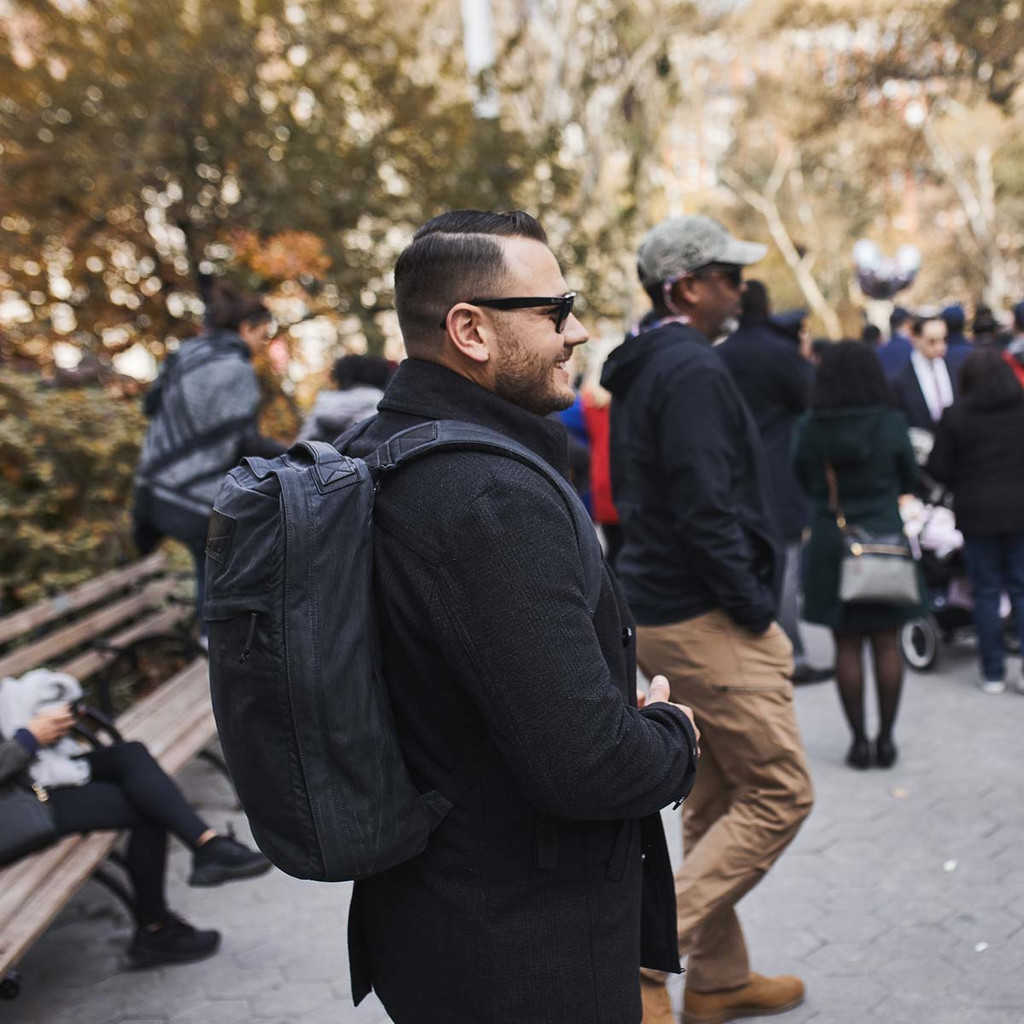 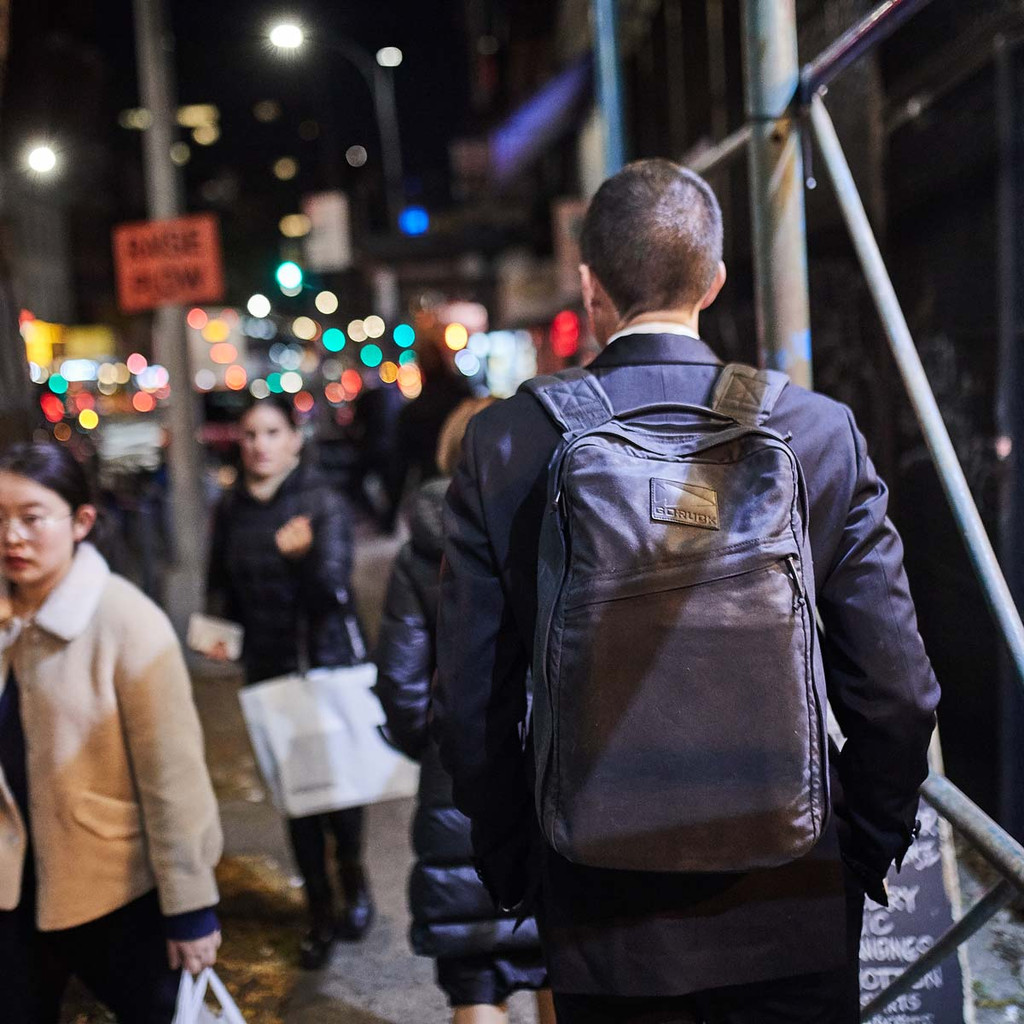 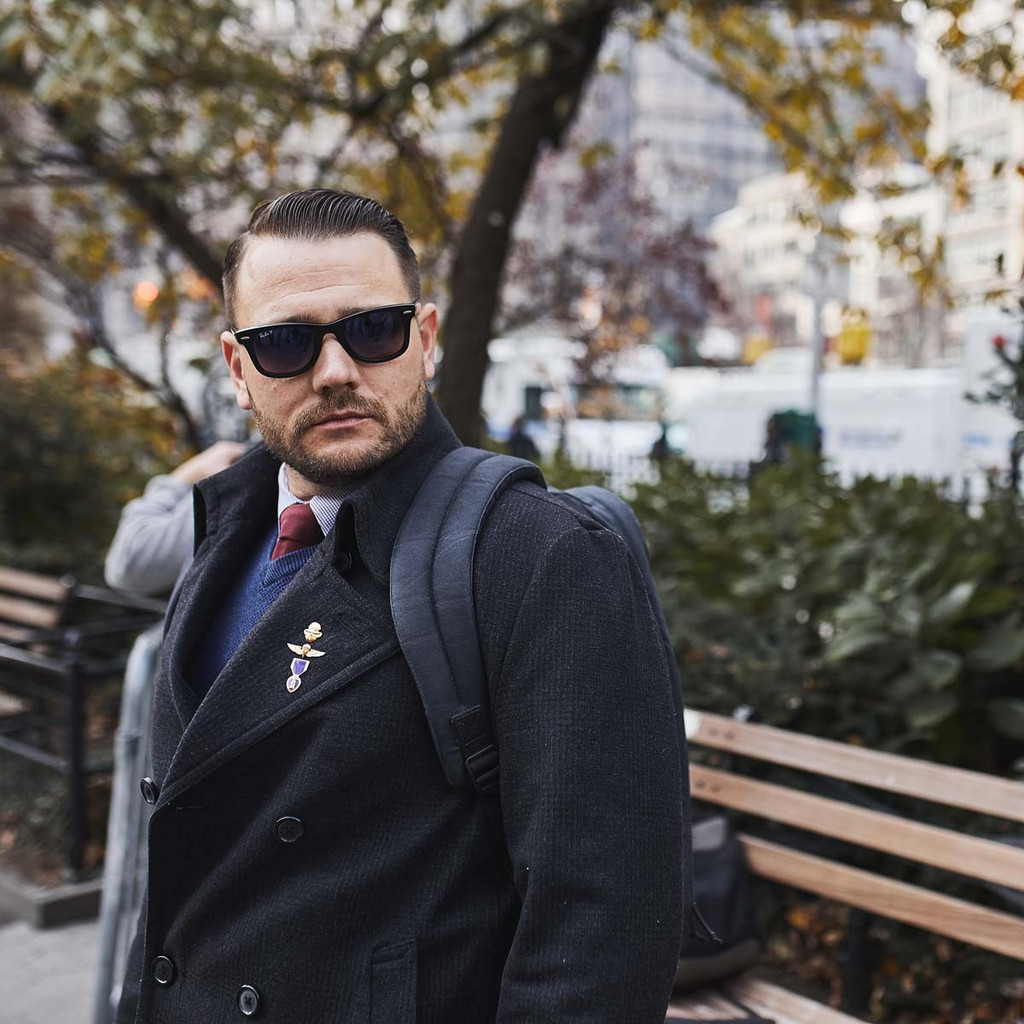 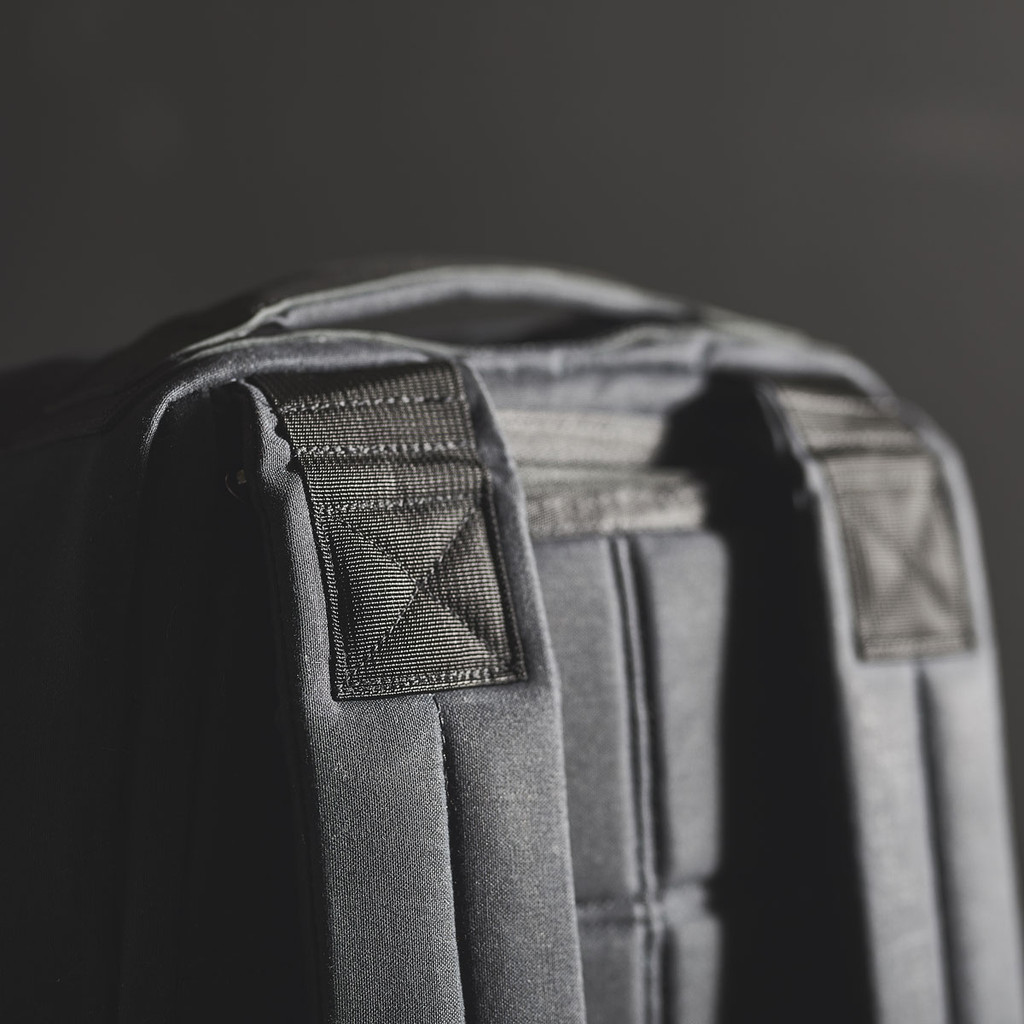 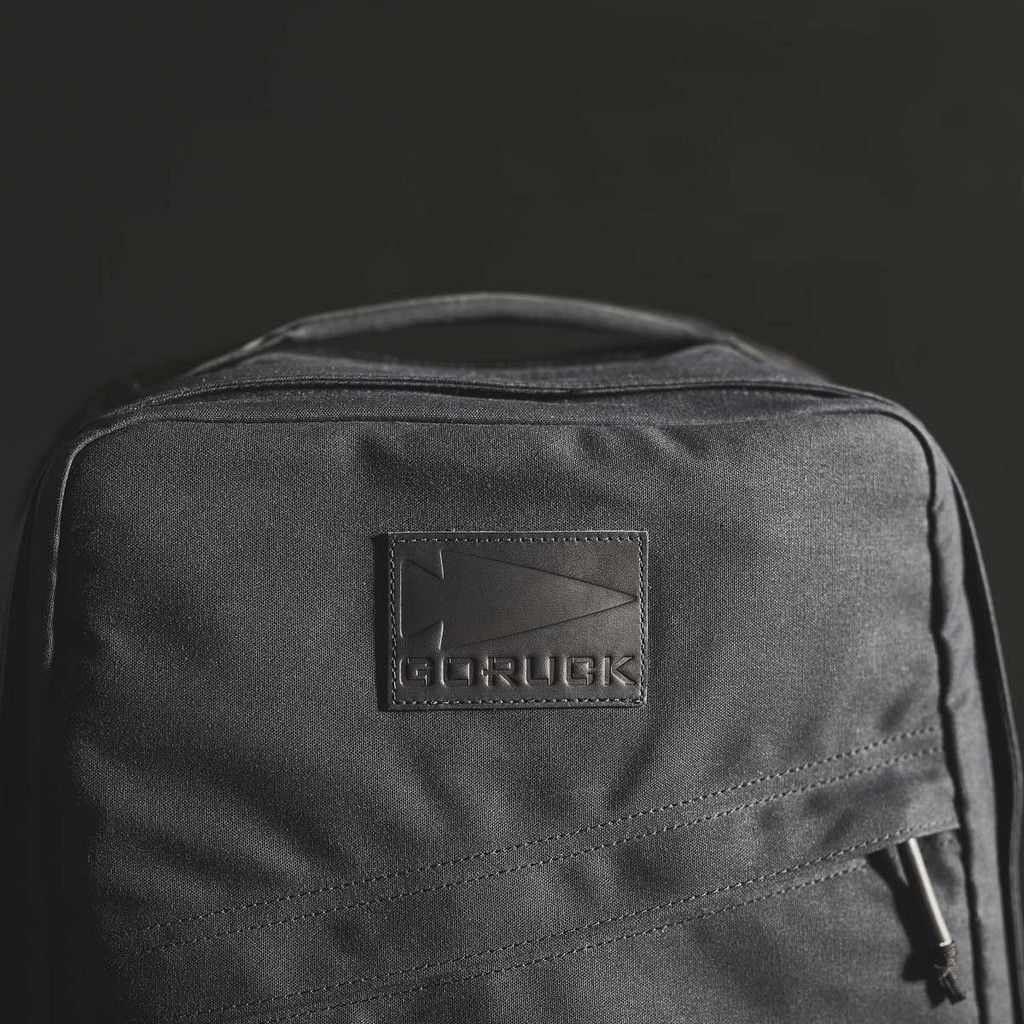 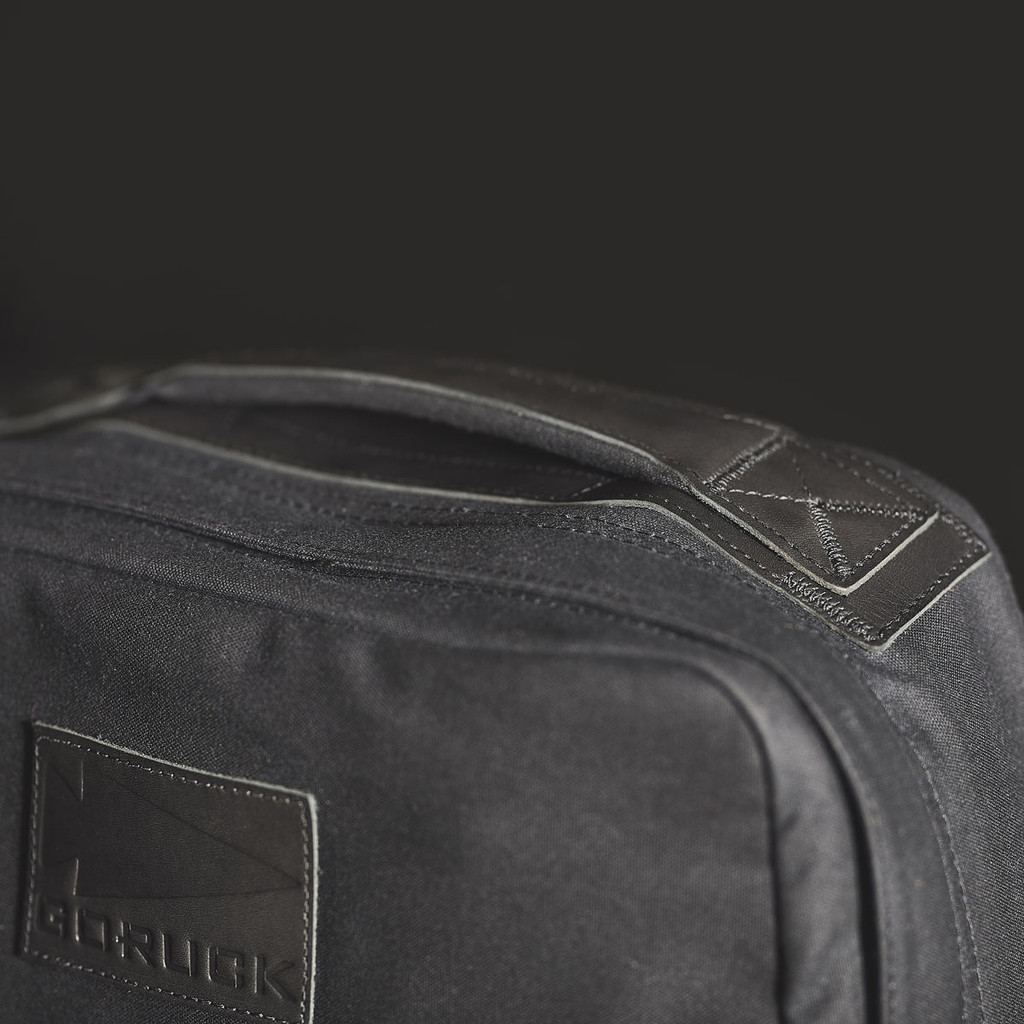 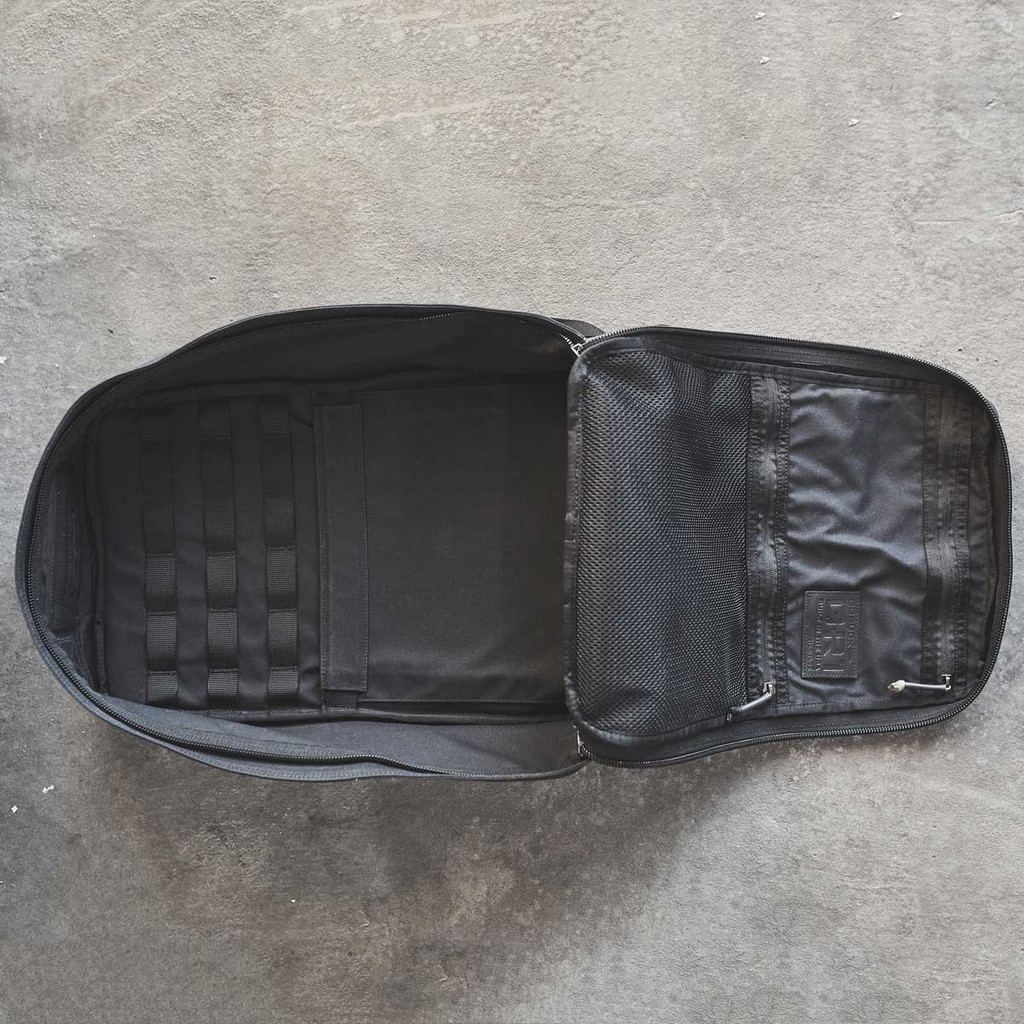 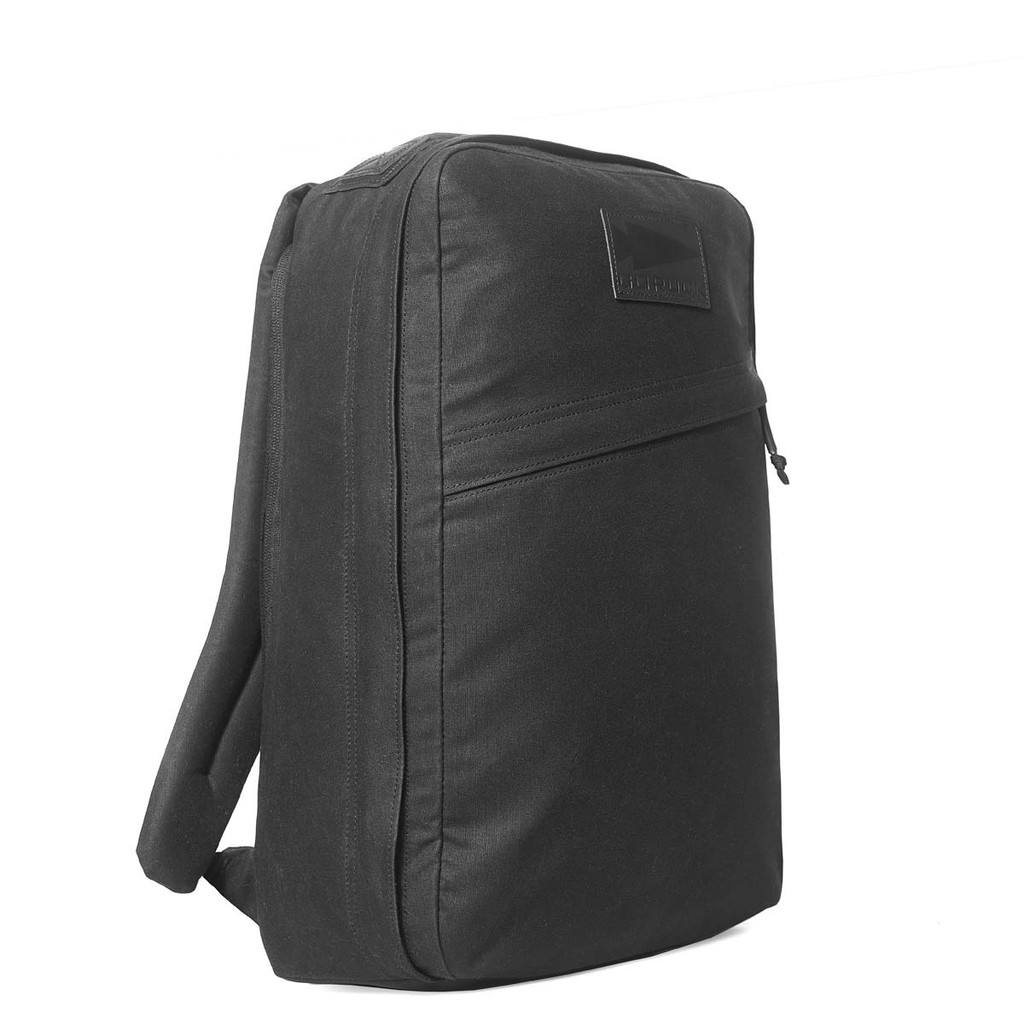 It's been over 10 years since the first work on GR1 began. From the very beginning, the materials we were going to use were never in doubt. 1000D Cordura and MOLLE webbing were the primaries because those were the materials used in our Special Forces rucksacks.

Tactical gear, though, used to look a bit different and it was made out of canvas. That's what my grandfather's ruck and duffel bag were made out of for Korea, same as those worn by the Greatest Generation. Canvas is and will always be the military heritage fabric to me, and our only choice for a very limited run of 300 units of the GR1 Heritage. The waxed canvas is tough, it repels water and ages well next to the premium leather panels from Red Wing, Minnesota. It took our team the last year to find the right waxed canvas, the right leather, to test the rucks (with weight), and to ensure that they met our standards for quality and craftsmanship.

This is the first time we've ever built GR1 out of any other fabrics. What has not changed is that we built them in the USA and they come with our Scars Lifetime Guarantee.

The separate compartment next to your back is extra reinforced to securely take a laptop into combat.

We built a false bottom in the laptop compartment so that when you set your ruck down, your laptop won't even notice.

1 external slant pocket for quick access to keys snacks, and other small items.

3 rows of external and internal MOLLE webbing let you customize GR1 how you want.

Our rucks are highly water resistant aka rainproof.

Clip your hydration bladder into the interior MOLLE webbing with a carabiner and feed the hose through the exit port under the top handle of the ruck.

TSA Compliant and fits under the seat in front of you.

I placed an ad on Craigslist NYC for a “backpack designer”, and a couple called the Wookey’s in Montana replied with a link to their website and a “we can do that.” They had recently set up a design studio after working in manufacturing forever, and were scouring to pay the bills as start-ups must. We emailed and then skyped and I hired them to build what was, at that point, napkin sketches of a bag not yet named GR1. For pattern work, six hand-built prototypes, and suffering through my ignorance of manufacturing, I would owe them a few thousand bucks. It was a steal that would probably cost 15-20x that, now. 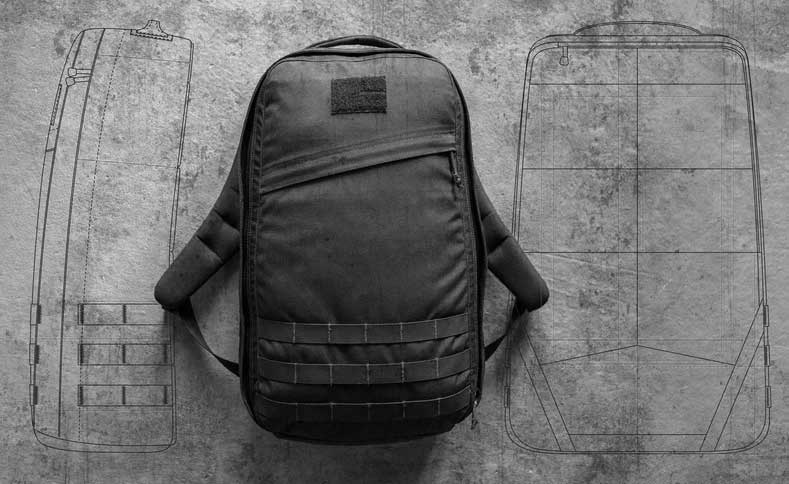 The better news for me was that it was something to do. I had recently gotten out of Special Forces. Which made me a civilian, but I was living on my buddy’s couch in New York City with all my deployment gear. As if still on deployment.

I felt ridiculous wearing my assault packs around town, with Iraqi dirt in them no less (that stuff never comes out). I quietly planned to go back to war after going back to school, but America was home again and I was here indefinitely. I had already traded my fatigues in for blue jeans, and I looked for other bags, more civilian friendly if you will, but the ones I saw seemed soft and weak. As if ready for a runway, but not the grind of daily life.

Such began the long journey of building a bridge between the military and civilian worlds into GR1. The hopes for which became nice and lofty, but there were real decisions to be made over the next two+ years for it to become a reality. 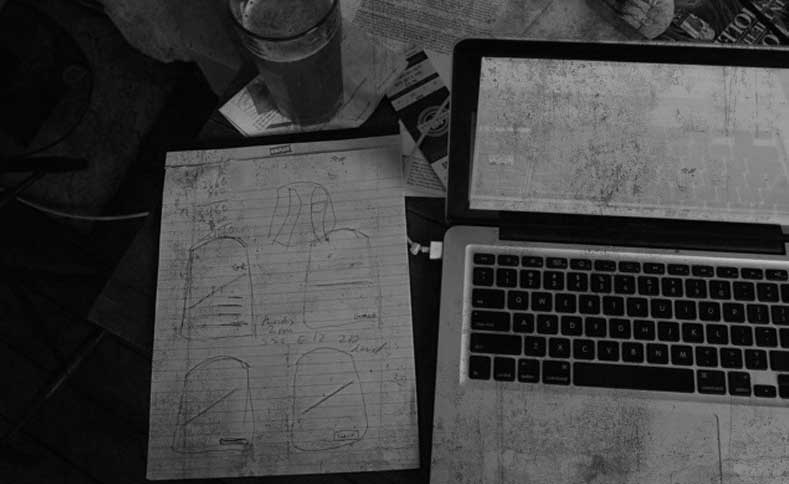 So, a little bit of luck and a little bit of not knowing any other way, and GR1 became Baghdad meets New York City. We took the toughness of my Special Forces bags but lost the obvious I-was-in-the-military billboard plastered all over them. Inspired by the aesthetics of the City, we gave it a timeless beauty like the Stars and Stripes, Marilyn Monroe, a vintage Harley Davidson, and Monster. Yes, Monster is in good company, so is GR1 - that was always the goal. You gotta dream big in this lifetime.

And we still have a desire to change the world at GORUCK. To represent the best of American manufacturing, to honor our Special Forces roots, to build bridges, to give back to those we can never fully repay. But though ideas will always inspire us, the work to see their reality is long, and hard, and sometimes it starts with just a napkin sketch.

If you have a dream for something in this life, go for it and make it a reality. Ours proudly started with GR1. 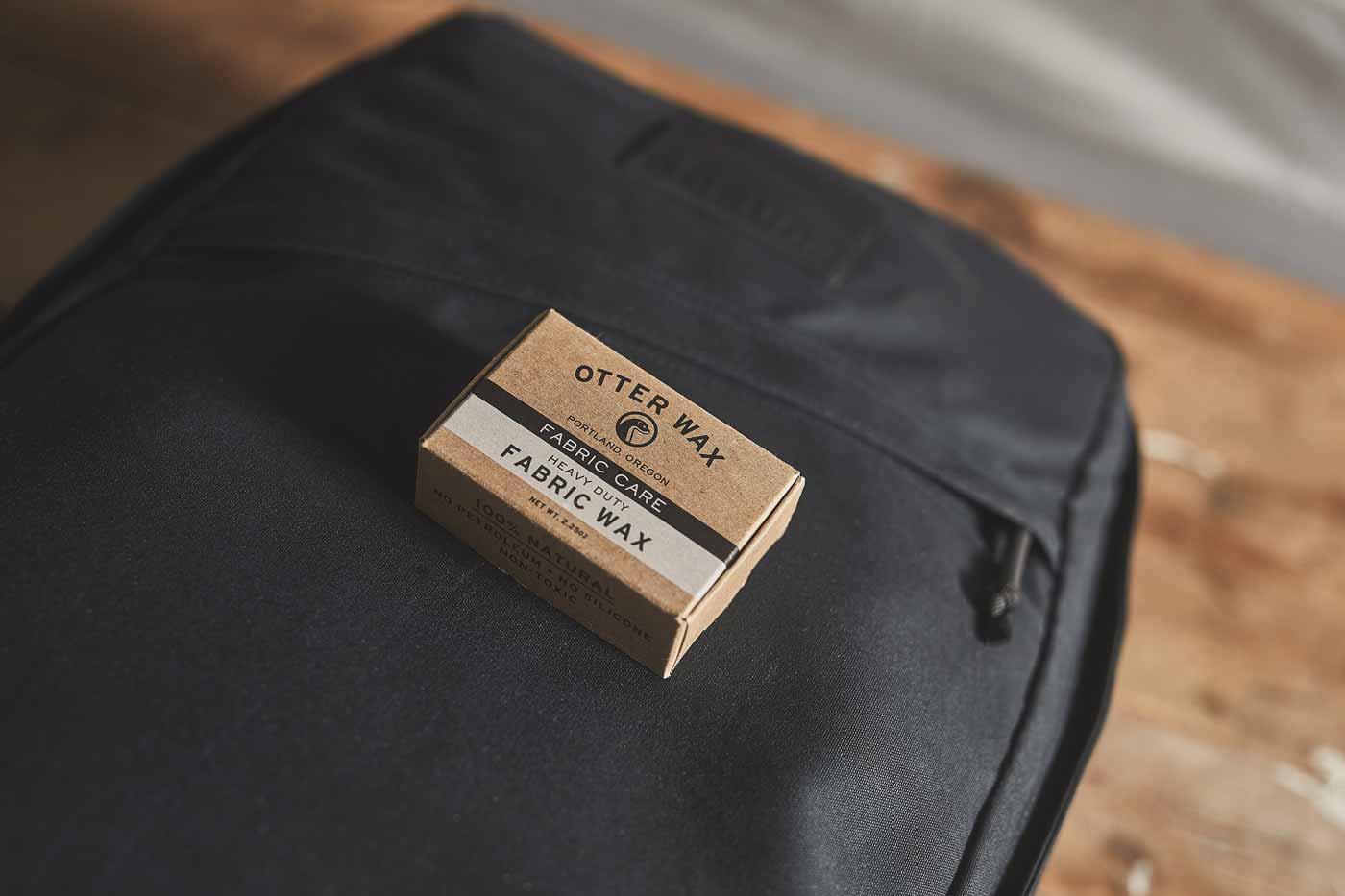 Each Heritage GR1 comes pre-waxed and an Otter Wax Fabric Bar is included for additional care. We recommend reapplying wax every few months, depending on your usage. Before applying, thoroughly clean and dry your GR1. 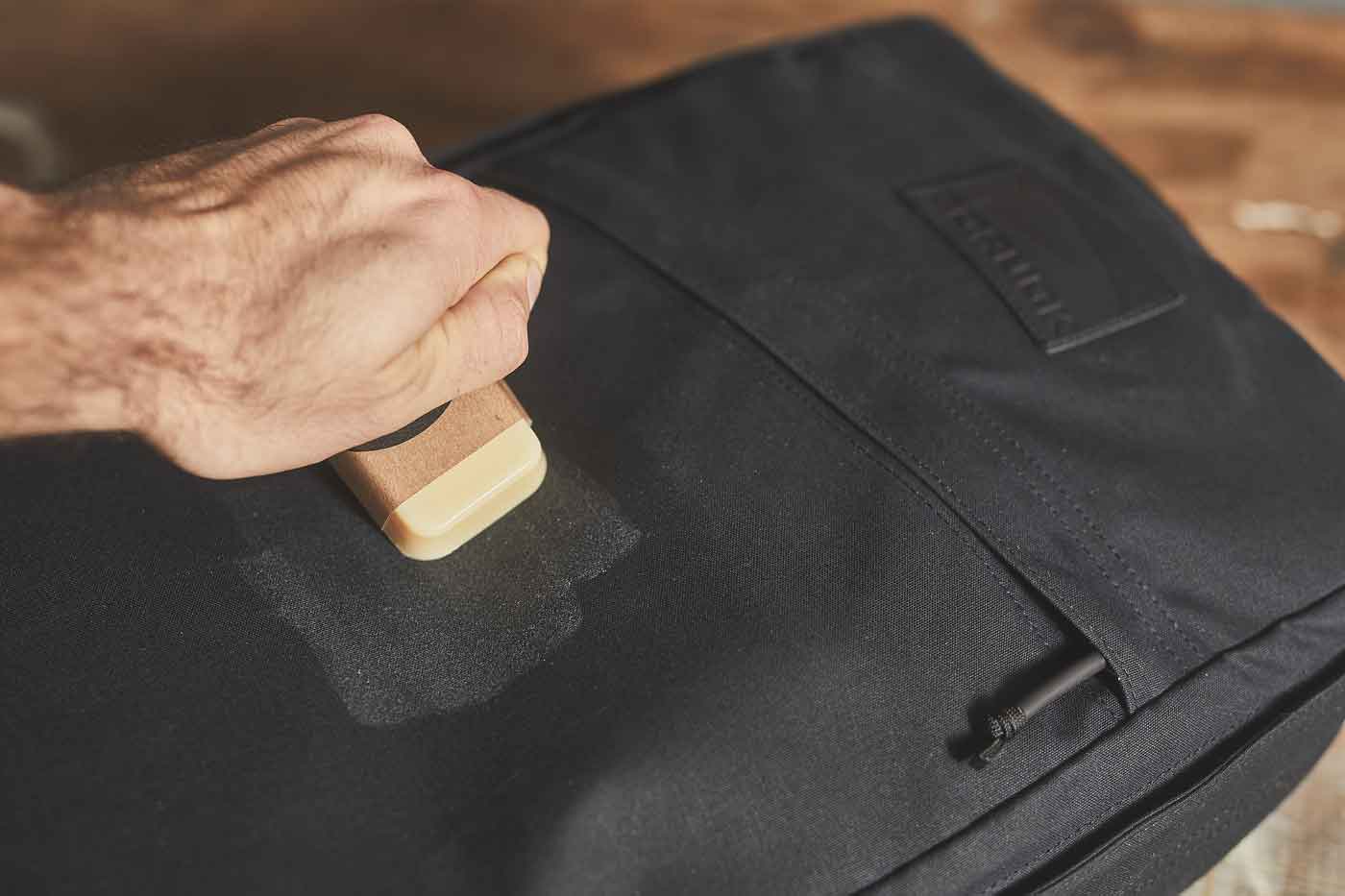 Rub into fabric to create friction. Rubbing the bar back and forth creates the perfect amount of heat to loosen wax and spread evenly into the top layer of fabric. 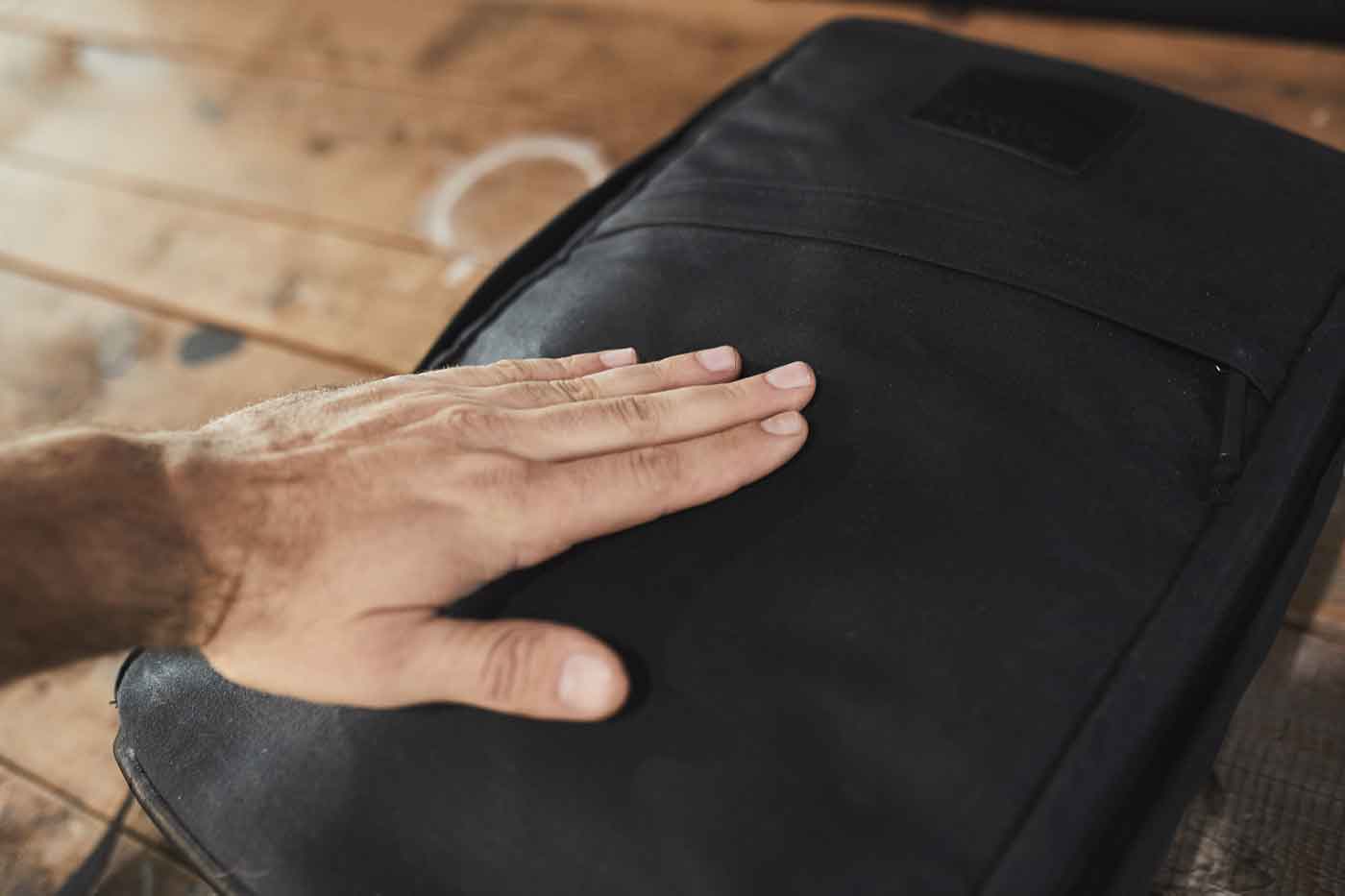 Smooth out with fingers to create uniform seal. 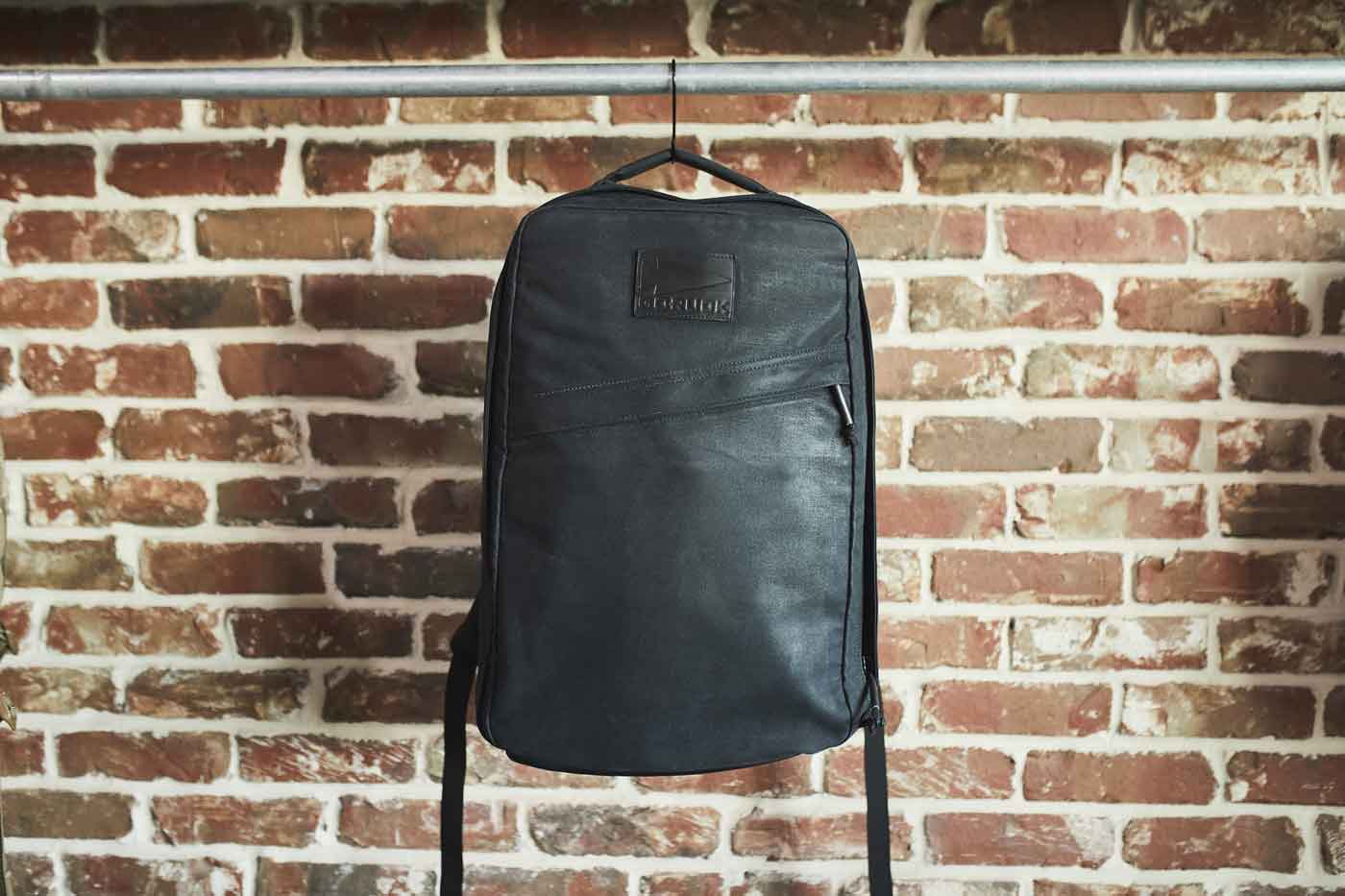 Allow item to cure in a warm, dry place for at least 24 hours. Reapply as often as necessary.

Made in USA:
Yes

You break it, we fix it. All GORUCK built gear, apparel, and footwear comes with our Scars Lifetime Guarantee. Does not apply to third-party gear and apparel.

All USA orders over $35 to the lower 48 qualify for FREE No-Rush Shipping. No promo code needed. Does not apply to international orders.

Don't like it? Send it back within 30 days of delivery with free return shipping in the USA. We want you to love your gear as much as we do.