The goal was pretty simple: take the most beloved boots in the history of Special Forces, the Vietnam era jungle boots, and modernize ‘em for today’s use. Make ‘em lighter, tougher, with more support -- create the boot at the tip of the spear in places like Syria, Afghanistan, Africa, and in all Special Forces training -- today.

Our team was small, and comfortable breaking all the rules. Rich is a MACV-SOG Vietnam era Special Forces guy who went on to serve in every major conflict and mission of his generation, Paul invented the Pump and a few thousand other things, and I’m a post 9/11 Special Forces guy who founded GORUCK with a desire to bridge the military and civilian worlds. Put us three together and you have four years of failure, four years of sweating every detail and the details to the details, four years of testing in some of the most difficult terrain on the planet, four years of never quitting until the job was done. 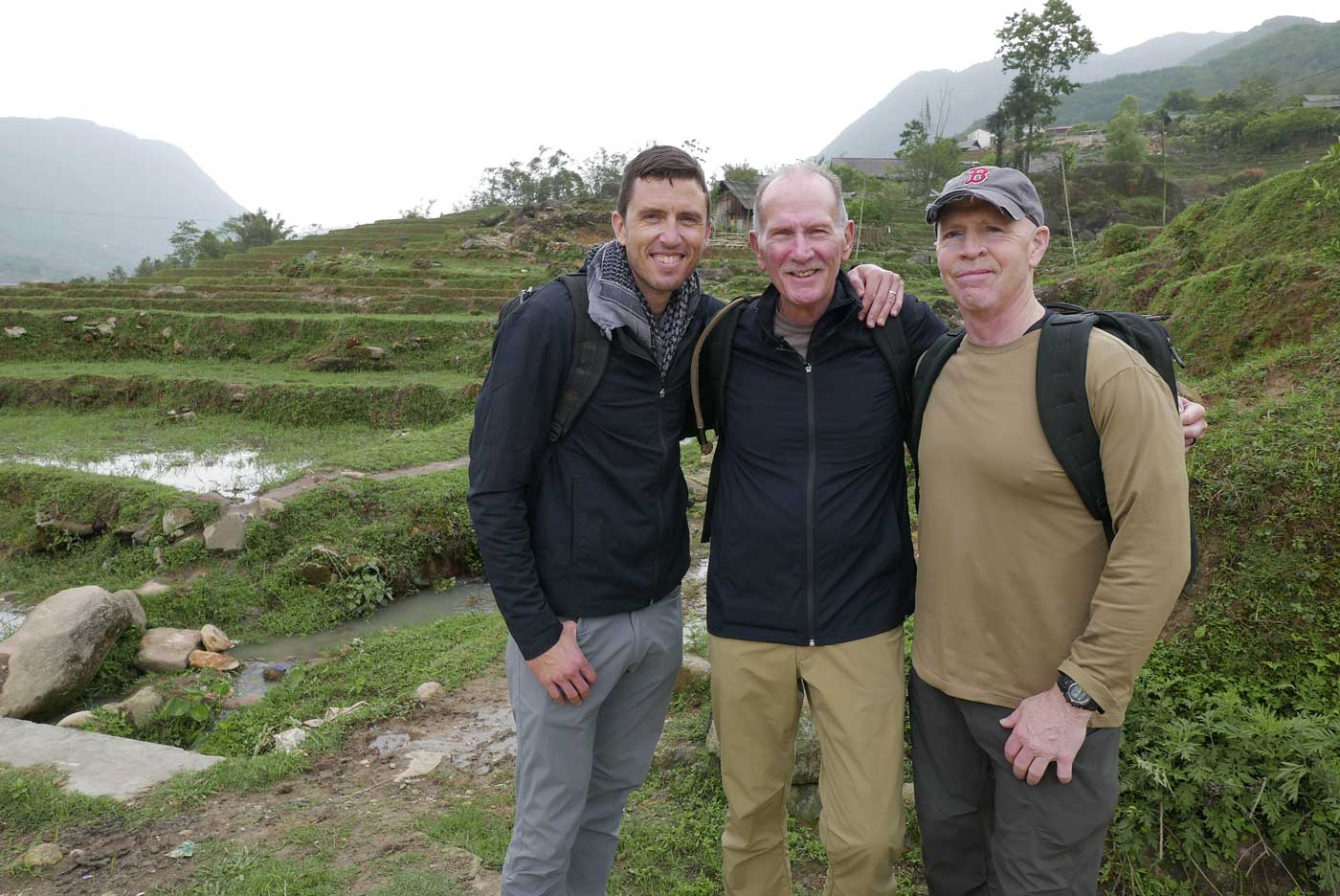 And yet, at some point this became about something even more. We went back to Vietnam to test the boots in those same jungles, those same mountains where Rich served some 45 years ago. We heard his stories, we cried his tears, we toasted his toasts. It was one of the greatest honors of my life - up there with marrying the love of my life and the birth of my children - to share that journey with Rich.

MACV-1™, at some point, became the best story in the history of footwear because it’s not just about the boots. It’s about how we took Rich’s story, Rich’s 30 years of service in Special Forces that began in the jungles of Vietnam, and brought it to life, today. 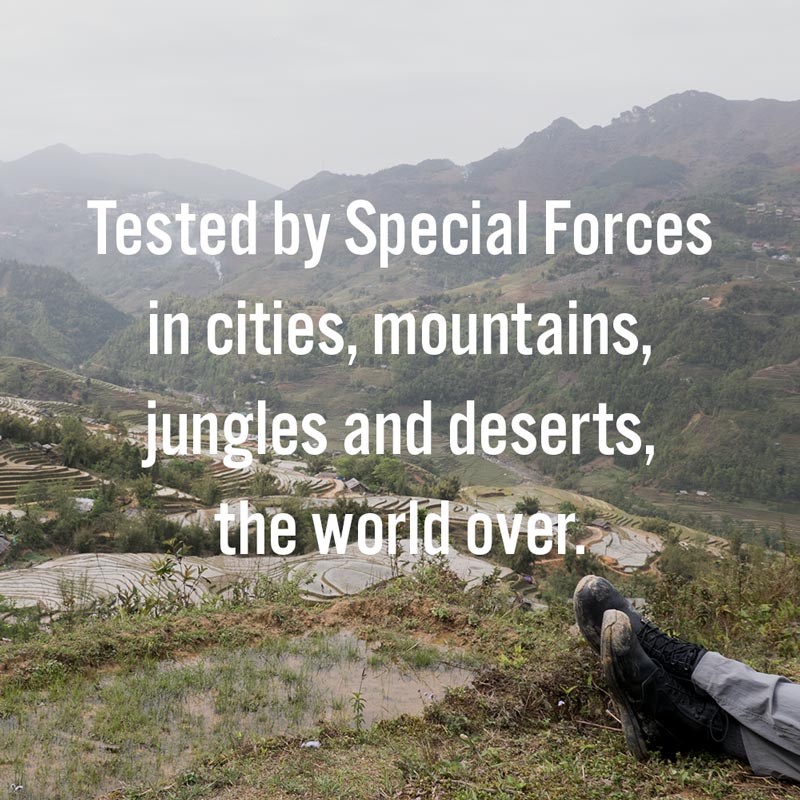 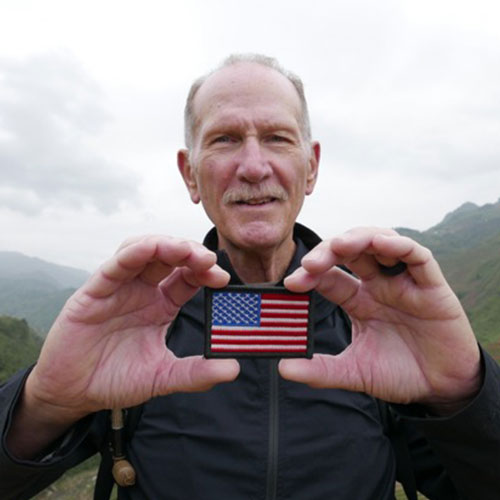 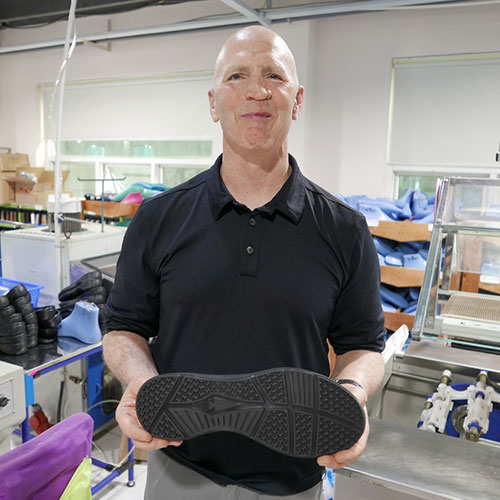 Shoe Dog, inventor of the Reebok Pump (and 160+ other patents) 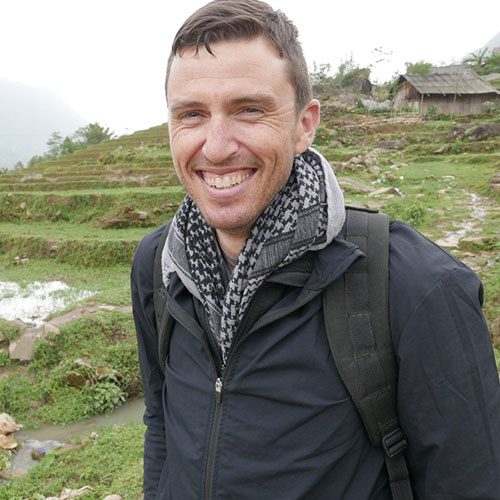 "This process mirrored a Special Forces mission. Lots of planning, lots of testing, and a relentless pursuit of excellence against all odds. We succeeded in creating the best, most adaptable rucking boot for Special Forces guys because our team had a mastery of the fundamentals, and we weren’t afraid to break the rules when we had to.

Most importantly, we stayed true to our roots and to ourselves.

The result is simple. My MACV-1’s are better than any boots I wore in my 30 year Army career spanning jungle, desert, mountainous, and urban warfare. And when the mission’s over, you can drink in ‘em, too."

"We had a lot of freedom on this project, the kind of freedom you never have at a big shoe company with ten tons of bureaucracy built into every decision.

All we had to do was focus on the fundamentals of footwear and Special Forces requirements and keep refining the boots until there was nothing left to remove. Every project should take four years if it leads to an outcome like MACV-1. This is the best team I’ve ever worked on, and with the adventures we had, I wish it would have taken even longer."

"When I wear my MACV-1’s, I think of all the memories that went into making them. Waving an American flag in northern Vietnam with Rich, wrestling Paul at 3am in the back of a cab in Saigon, standing solemnly outside of the ‘Hanoi Hilton’ when a local family came up and asked us — with smiles on their faces — if we were from America."

Smiles. At us Americans. In front of the Hanoi Hilton.

MACV1’s are more than a boot to me. They’re the story of how our team took Rich’s 30 year career that began in the jungles of Vietnam, and brought it to life, today."

MACV-SOG (Military Assistance Command, Vietnam - Studies and Observations Group) was a highly classified unit which conducted covert unconventional warfare operations prior to and during the Vietnam War. Its mission was “to execute an intensified program of harassment, diversion, political pressure, capture of prisoners, physical destruction, acquisition of intelligence, generation of propaganda, and diversion of resources."

MACV-SOG Unit Citations: 13 Medals of Honor (the nation’s highest award), 22 Distinguished Service Cross medals (the nation’s second highest award), & Presidential Unit Citation for extraordinary heroism. To earn this award, a “unit must display such gallantry, determination, and esprit de corps in accomplishing its mission under extremely difficult and hazardous conditions so as to set it apart from and above other units participating in the same campaign.” 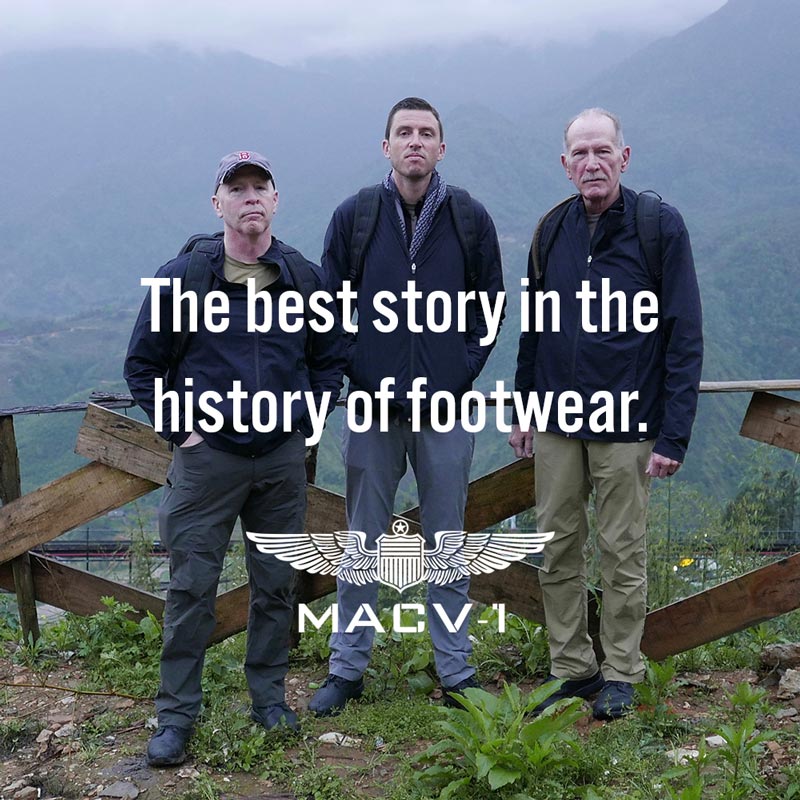 READY WHEN YOU ARE.™

Rich's Story: Back in Vietnam for the first time in 45 years
“I always wanted to wave the American flag in north Vietnam. I didn’t think it would take me 50 years, but we did it for everyone who fought, and for everyone who didn’t come back.”
Follow Rich’s Return 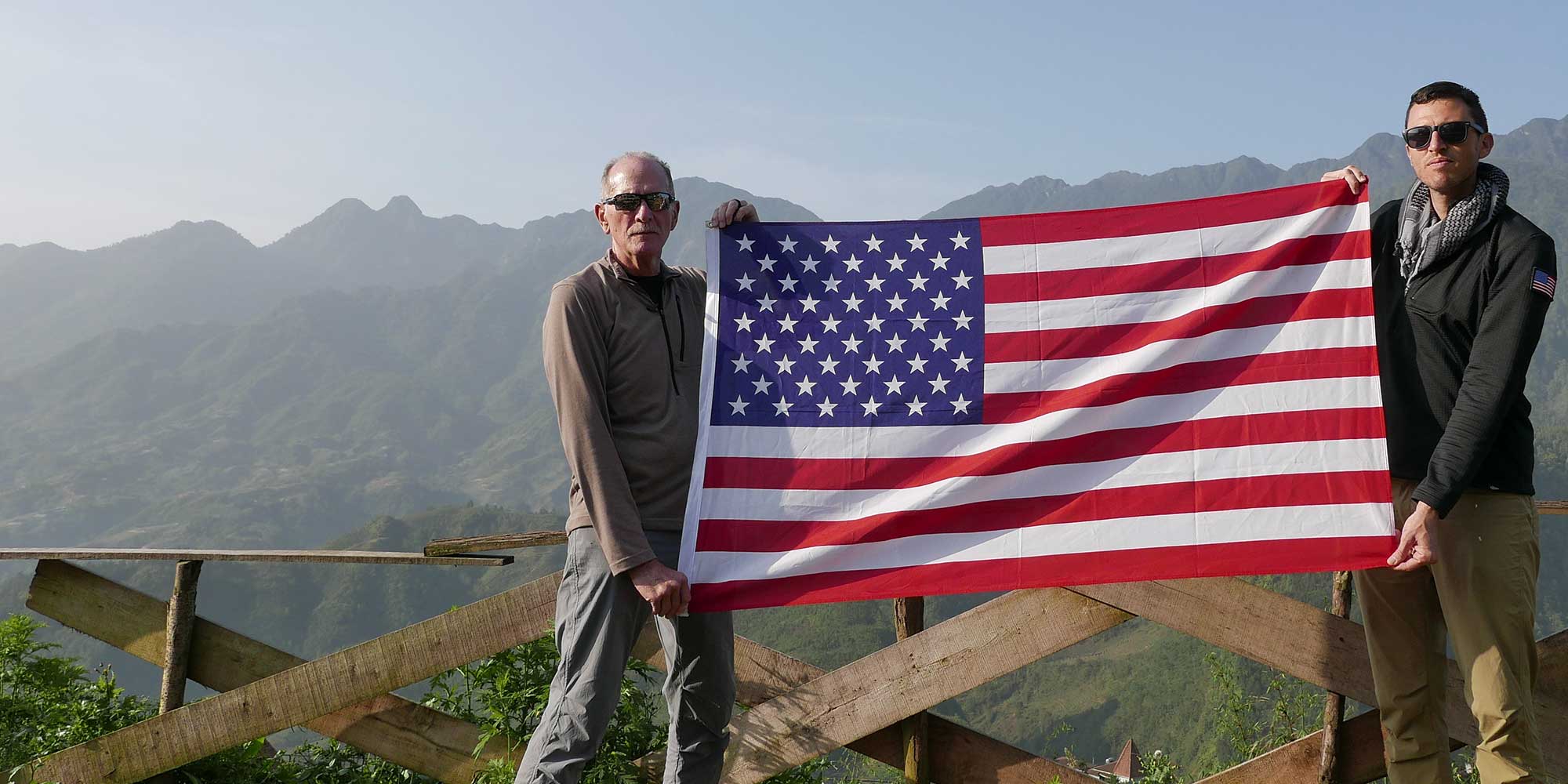 Evolution of Special Forces Boots
The inspiration for MACV-1™ was the most beloved boot in Special Forces history, the Vietnam-era Jungle Boot. The push in Special Forces is always to sharpen the tip of the spear, in every way, about everything. And with boots, everyone always wants them to be lighter, and more adaptable.
Learn More 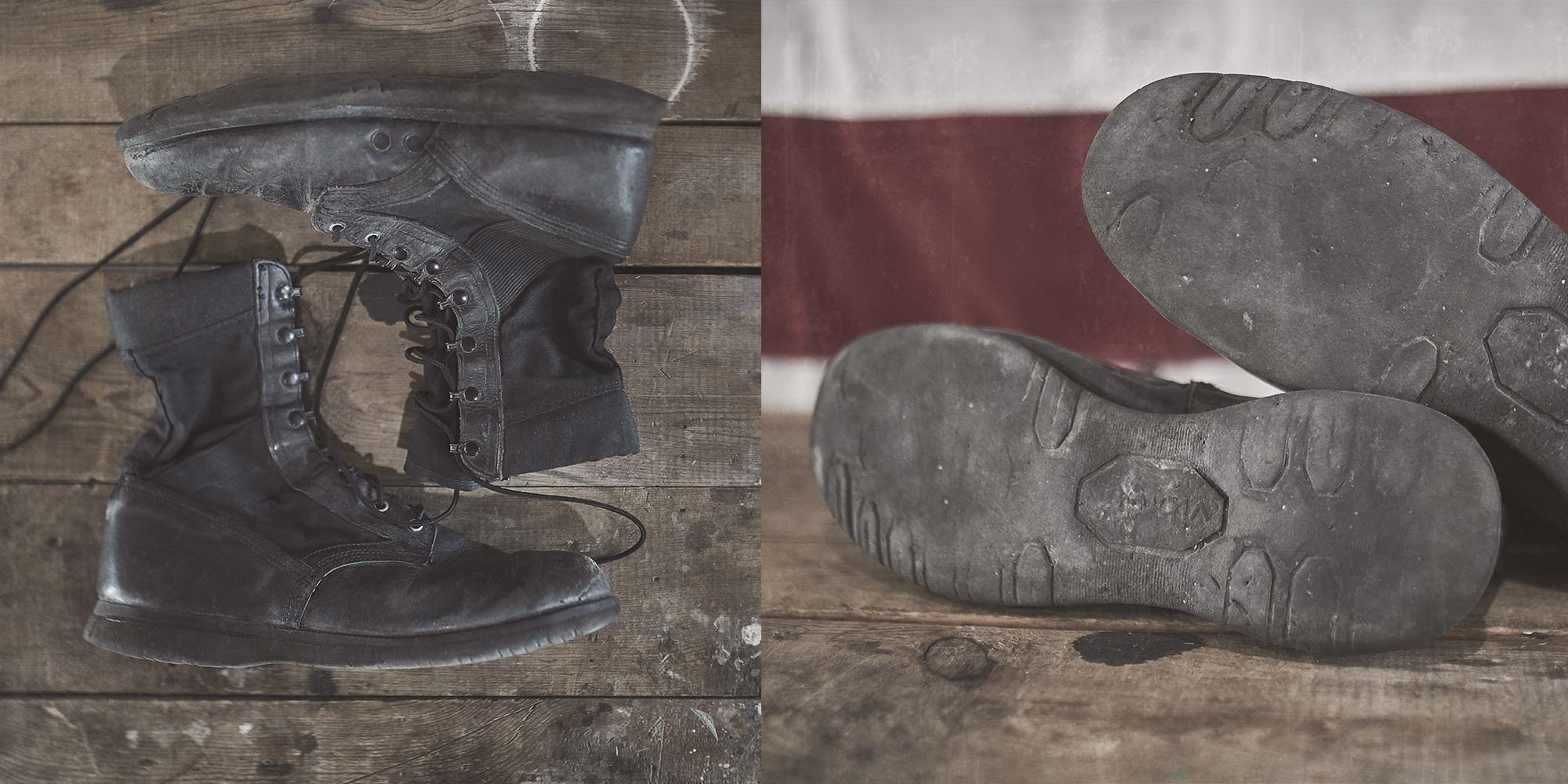 At the factory: Saigon, Vietnam
HSV builds ~4 million pairs of shoes a month. We’ve partnered with a global leader in quality, performance footwear with best in class automation. This combination was not available to create performance boots in the United States of America. 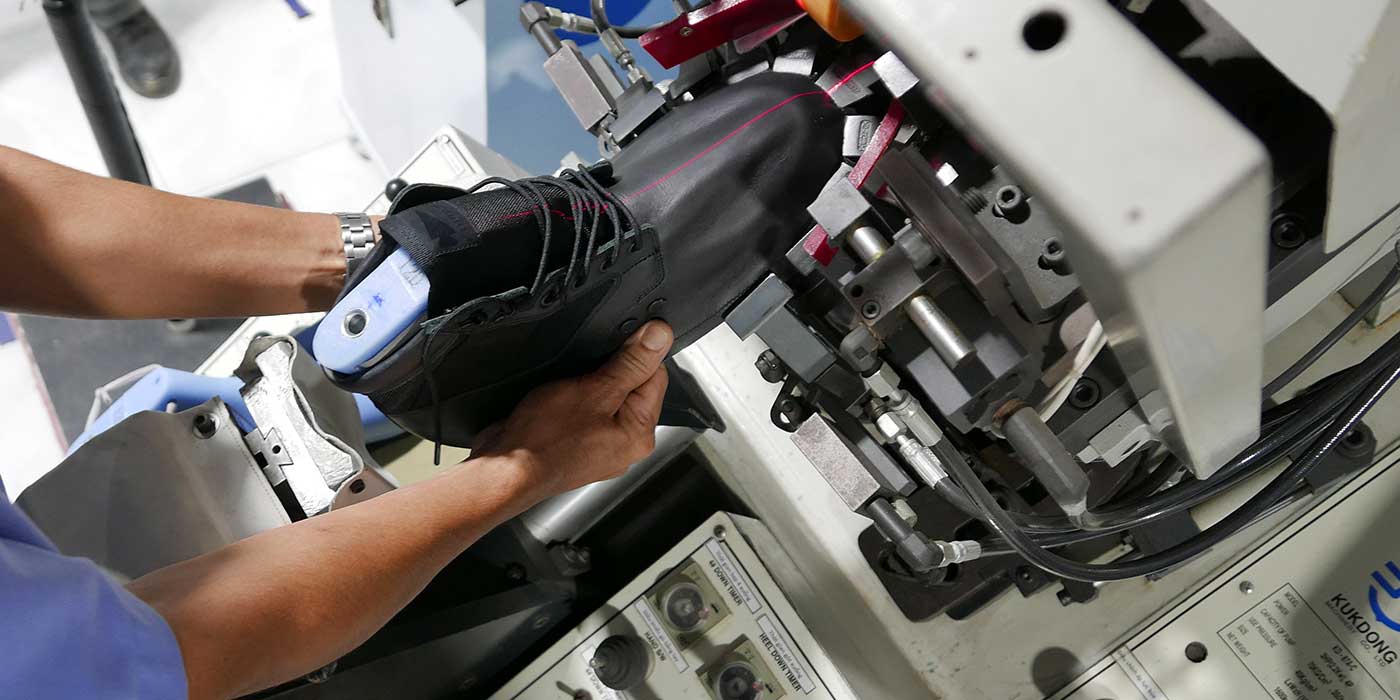